20 years ago, Harol brought to Italy the innovative technology of the non-invasive ventilation helmet. Cristina and Massimo Callegher, company administrators, explain the benefits of the device.

Harol brought the non-invasive ventilation helmet to Italy. What was the initial feedback?

≪Our father has introduced this technology at the end of the 90s, importing it from the United States where it was utilized for different therapies than today’s. Some emergency doctors realized the effectiveness of the non-invasive ventilation helmet for respiratory conditions. It was experimented at first, and later, after discovering the effectiveness, it has been adopted.≫

What was the final reason for the introduction of the helmet full-fledge?

≪It’s visible the well-being that the patient feels while using the helmet rather than the mask. Doctors realized the many benefits of this device, preferring it to the mask which creates a series of issues related to the contact with facial skin.≫

Which are the clinical aspects appreciated by doctors?

≪The clinical benefits are related to the patient’s complete breathing of a high flow, without the problems of sealing that the mask has. Thanks to the helmet, the therapy can be implemented for up to 4 times longer, with a big therapeutic benefit.≫

Are there other benefits?

≪The system is designed to be applied in a easy and fast way because the patient that suffer of acute respiratory failure needs immediate relief: the sooner he gets treated, the sooner there will be improvements in his health.≫

READ THE ARTICLE ON YOU-REPUTATION.COM 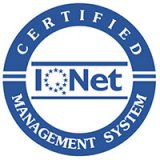 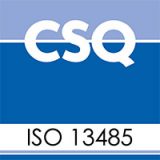